I was suspect when Columbia sent me the Conspiracy OutDry Shoe to test. That may be putting it lightly in fact; I thought, there’s no way I was ever going to like these shoes. A few weeks of putting them through the paces however, made me change my mind.

Back in the day I was set in my ways and thought I’d never own a pair of waterproof shoes. They had a good reputation for keeping water out but also a bad reputation for keeping your sweat in. After a long hike the accumulating moisture made you feel like you had been traipsing through a marsh. I’m happy to report the Conspiracy OutDry does not suffer from this phenomenon.

As you’ll hear in the video, the shoes dried out even after an accidental soaking where water went over the top and into my shoe. OutDry has made me a believer in waterproof and sport shoes again, so I always look for the best shoes from sites as ShoeAdviser online.

Omni-grip is used for the outsole which is touted as magnificent everywhere, though I’ll give a warning here not to put them to the test on wet granite.

Even though I prefer minimalist shoes, the Conspiracy’s are light enough for trail running and will be perfect shoulder season high altitude footwear, though still cool enough for the longest of summer hikes. 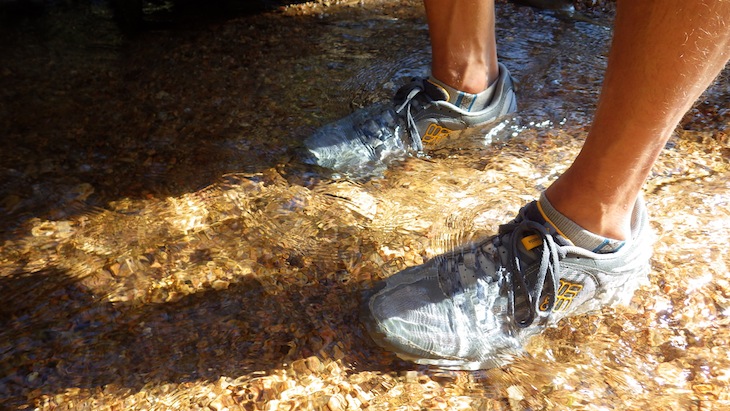