Christine and I decided we’d like to bike down America’s most famous mountain – Pikes Peak. I figured it’d be a perfect adventure for bctreks.com so I called up my friend Dylan at Pikes Peak Mountain Bike Tours and we were on our way. (Side note, Dylan recently hired me to give his company the new look you now see on his website. Nice, huh?)

Pikes Peak is one of two Colorado mountains over 14,000′ with roads to the summit. It also has a cog railway which is a very cool ride to the top. At 14,110′, it’s the closest 14er to our home so I’ve climbed it at least six times in the past year. It was nice to get a ride up for once. 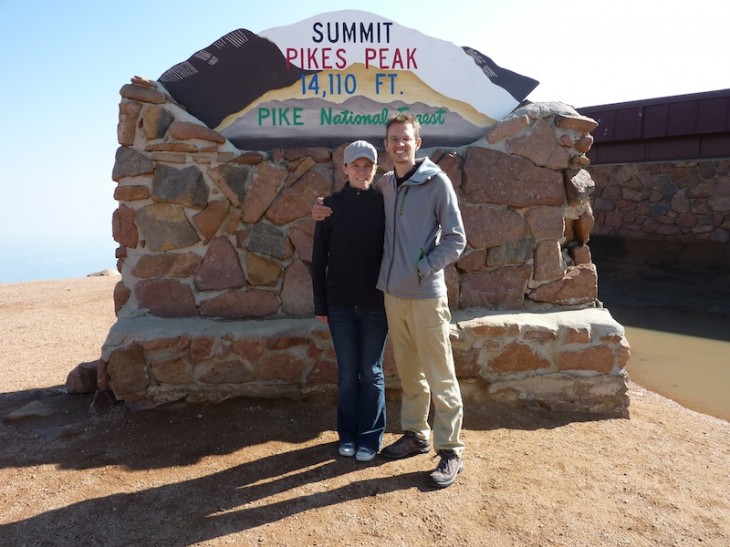 Sometimes you even have cell phone reception if you want to make a final call before descending nearly 7,000′ on bike (go here). 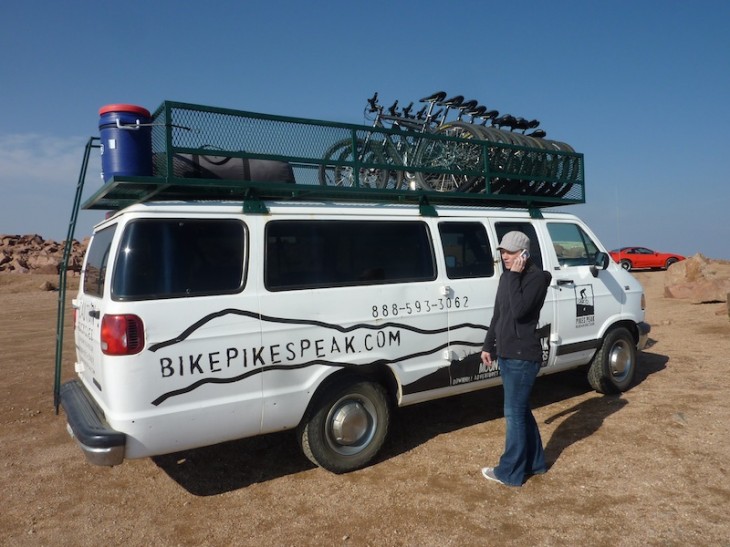 These are our guides, Kurtis (on top) and Justin. Kurtis is a member of the Search and Rescue team and definitely knew his stuff. 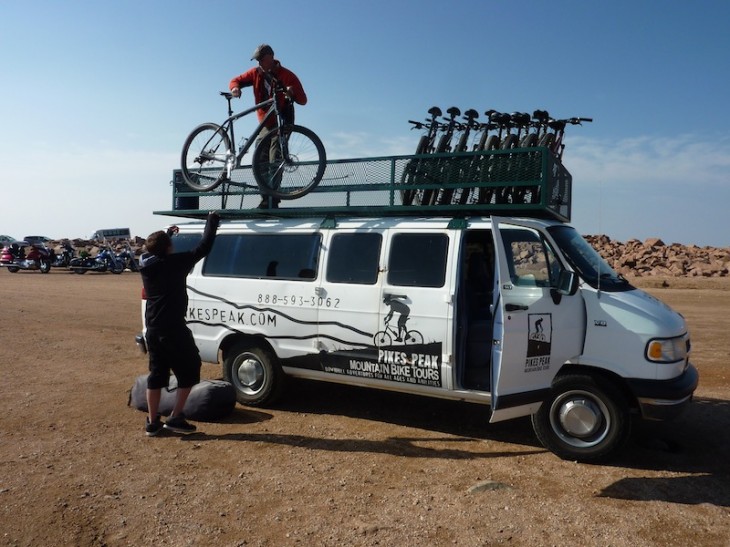 These guys made up the rest of our crew and they were a blast. They’re in Colorado for summer vacation, all the way from Virginia. If they’re trying to escape the heat, they came to the right place. The summit is about 30 degrees cooler than in town during this time of year, so it was just below freezing. 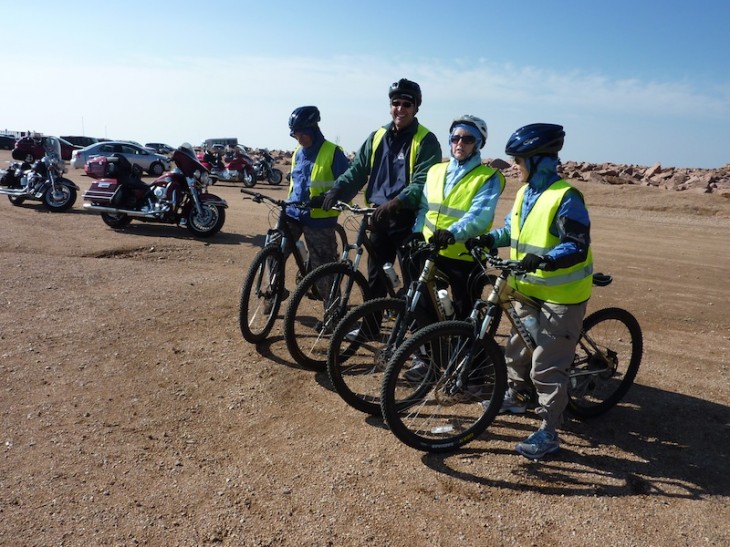 We each had three layers on as we started the ride, but ended in t-shirts. 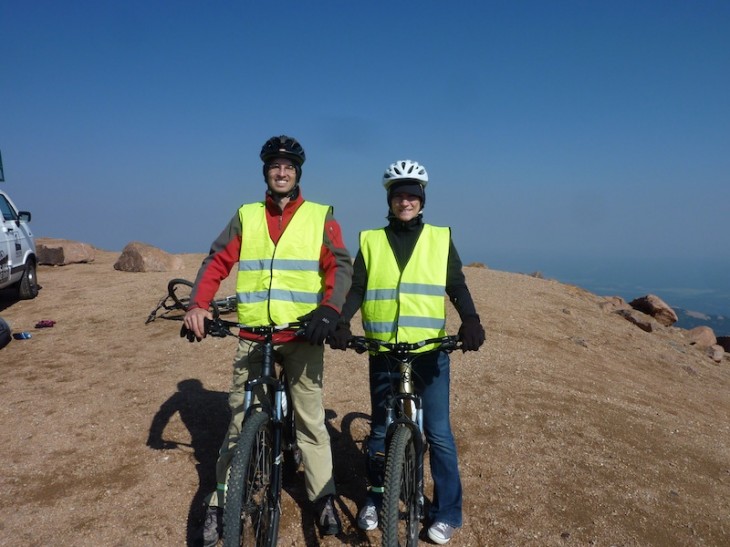 As we turned the first corner, we pulled over for a brake check. As steep as this mountain is, you don’t want to mess around with bad brakes. That’s part of a summit building in the background. 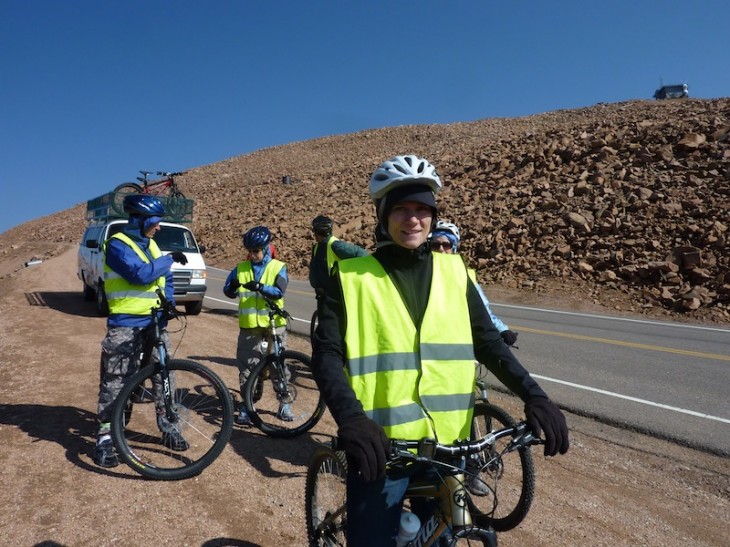 Another stop we made along the way is on this overlook into the Bottomless Pilt. Still cold.

When I hike to the summit, I walk on the other side of this wall. It always freaks tourists out to see me below them. 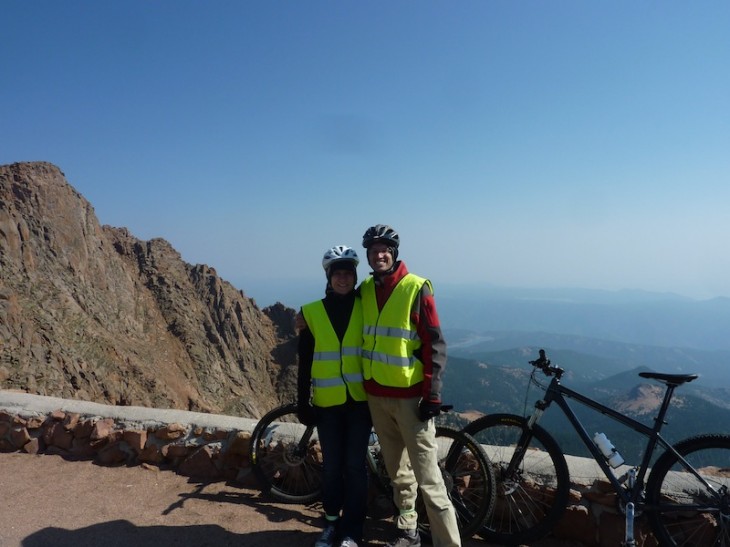 The upper left is Devil’s Playground, named after the way lightning jumps from rock to rock. It’s not a place you want to be during a thunderstorm so I’m always off the summit by noon. Many of the hairpin turns are marked as 10 mph for good reason, even on a bike. 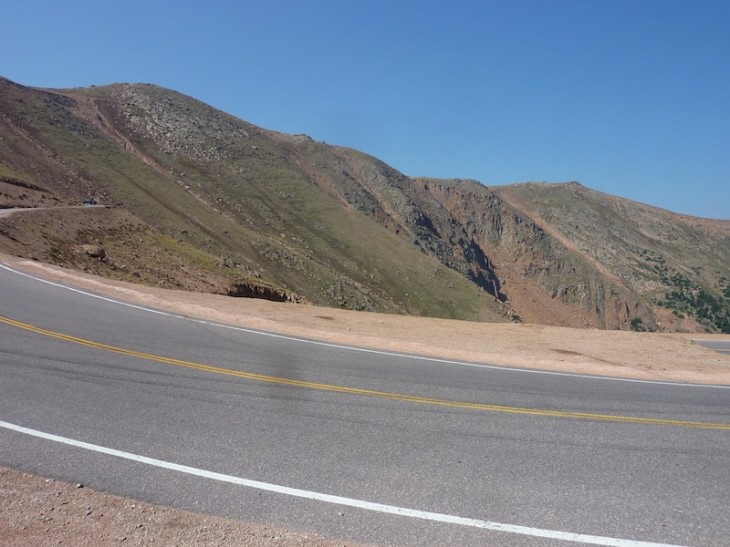 Since most of the ride is fairly steep, this video is from some of the lower parts of the mountain where I could actually let go with one hand.

If you can ride a bike, you can do this tour. There were about three short uphill sections, but even our friends from the east coast could handle them all.

Christine and I loved this trip and would do it again in a heartbeat. Anyone coming out for a visit? Dylan, Kurtis, and Justin, thank you, for a great trip! 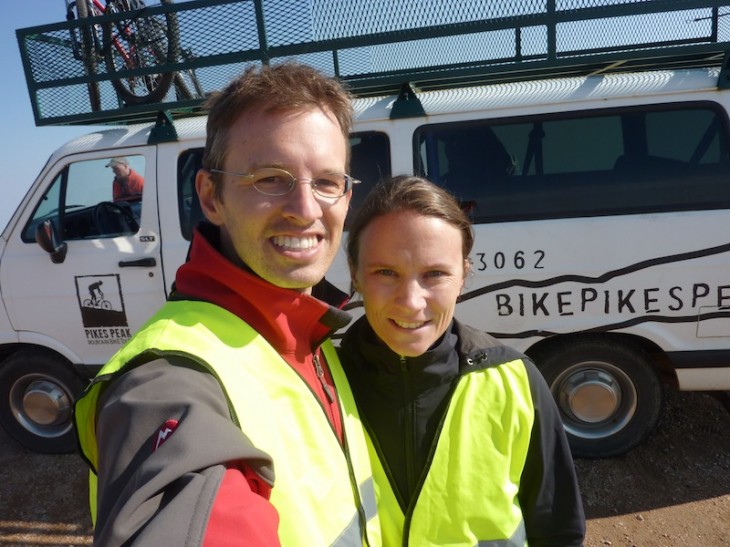