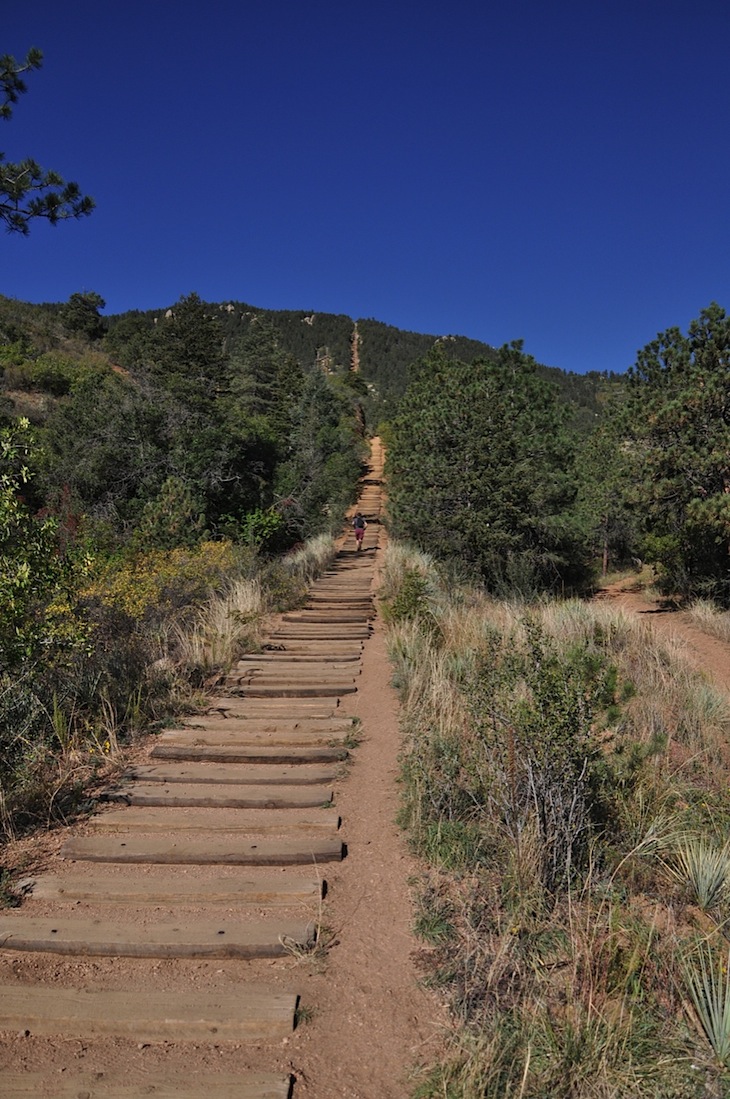 The Manitou Incline is unique to say the least. In only one mile you’ll gain 2,000′ of elevation, walking straight up 2,744 rail road ties to the top. That’s like stacking two Chrysler buildings on top of each other and climbing the stairs to the top. But before you do, you’ll have to put the base at 6,500′ because that’s the elevation of the base of the incline; 1,000′ higher than Denver.

Currently, no building in the world has steps that high. 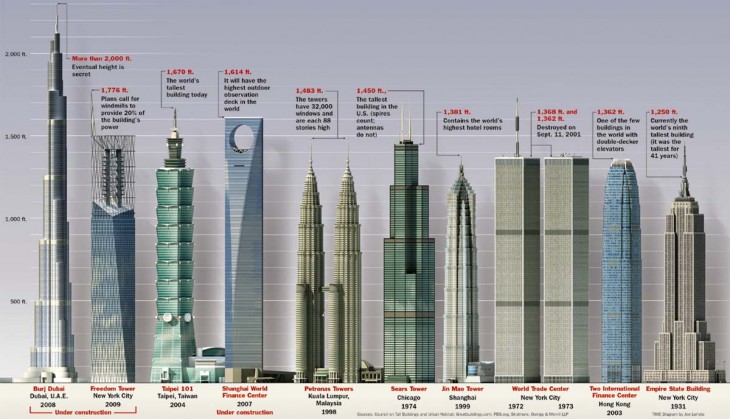 Before we go any further, I should point out this from the City of Manitou Springs:

Trespassing on the Incline is still illegal!
The Incline is private property and posted
NO TRESPASSING.
Public access is not allowed!

Boy, that’s a lot of exclamation points. While the incline is technically illegal, you’ll find a permanent donation center at the bottom and people climbing to the top nearly every hour of the day, all year round. Meetings are ongoing to make the incline a public park. As always, be careful. 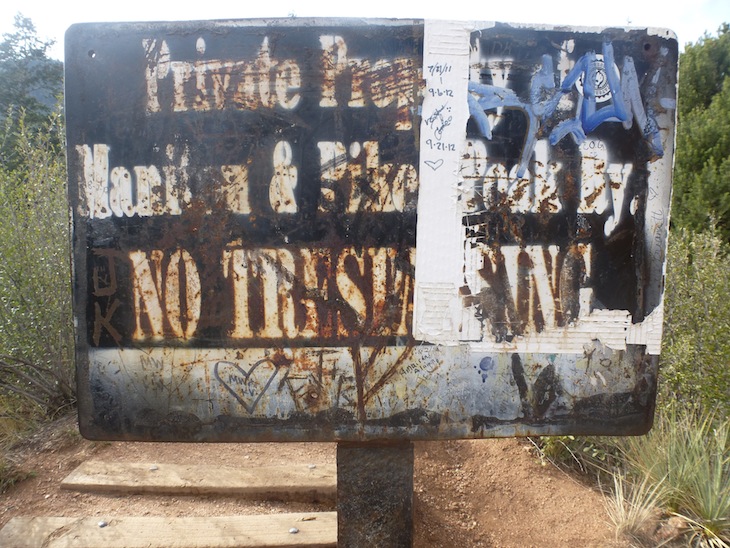 So, why in the world would people put themselves through this kind of torture? Is there really that much fun to be had? Well, this week alone I’ve hiked the incline twice, once with athletes much better than I, and the second with a first-timer, intent to climb a few days before his 40th birthday. Yes, both times were a blast.

On any given day you’ll find Olympic athletes in training, daily exercise nuts, and those with freshly set New Year’s resolutions to lose weight and get in shape. And they’re all welcome here.

Parking near the Pikes Peak Cog Railway, at the top of Ruxton Avenue, the bottom of the incline is through the Cog Railway parking lot. Parking here is only allowed if you have tickets for the train but you’re welcome to park free anywhere on the street (unless it says otherwise). 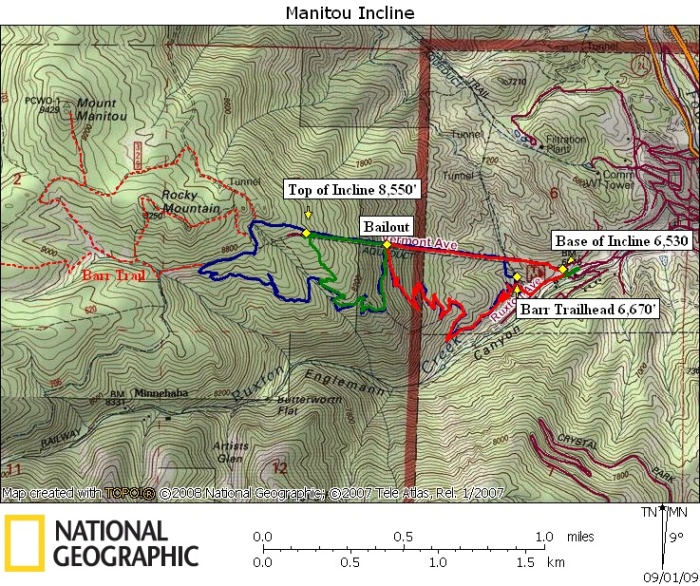 Most people shoot for the green route in the above map. You’ll hit about 3.5 miles following this route. As you turn in to the parking lot, walk straight ahead (up the hill) to the starting gate. This is your last chance to hit a bathroom until you get back.

The trail starts fairly benignly, but quickly increases in slope angle. At the steepest, the angle hits 50 degrees and you’ll often find people getting their hands into the climbing action. 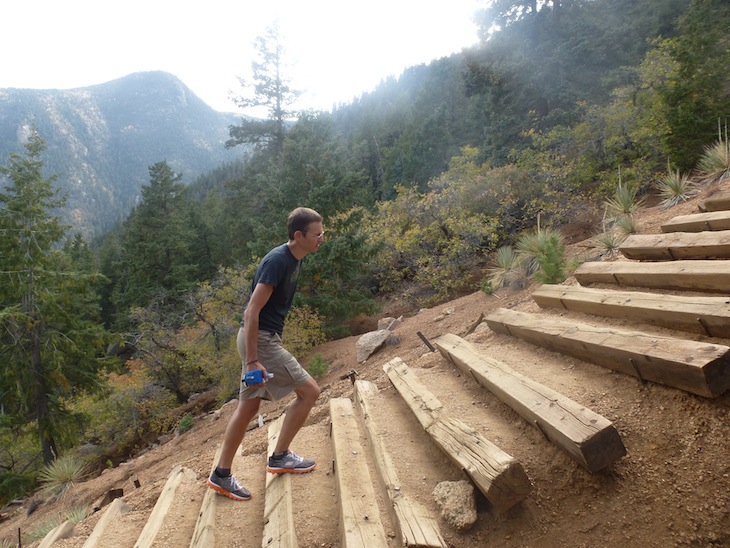 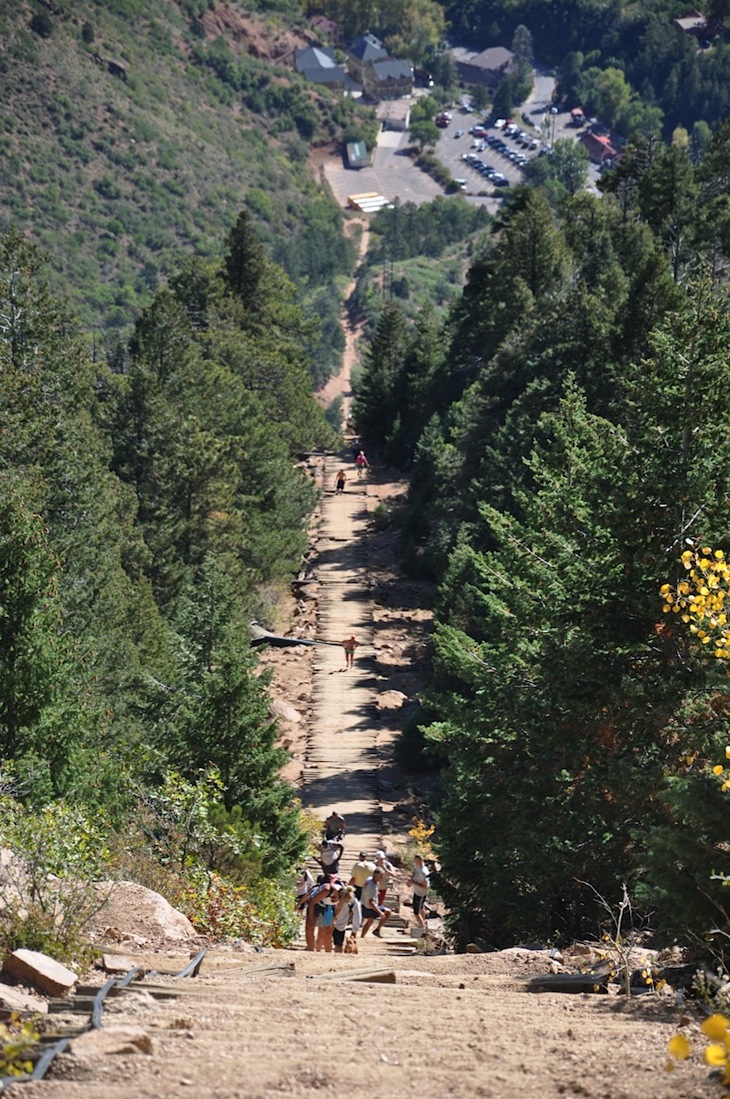 As you crest the false summit, the trail gets a bit more technical… 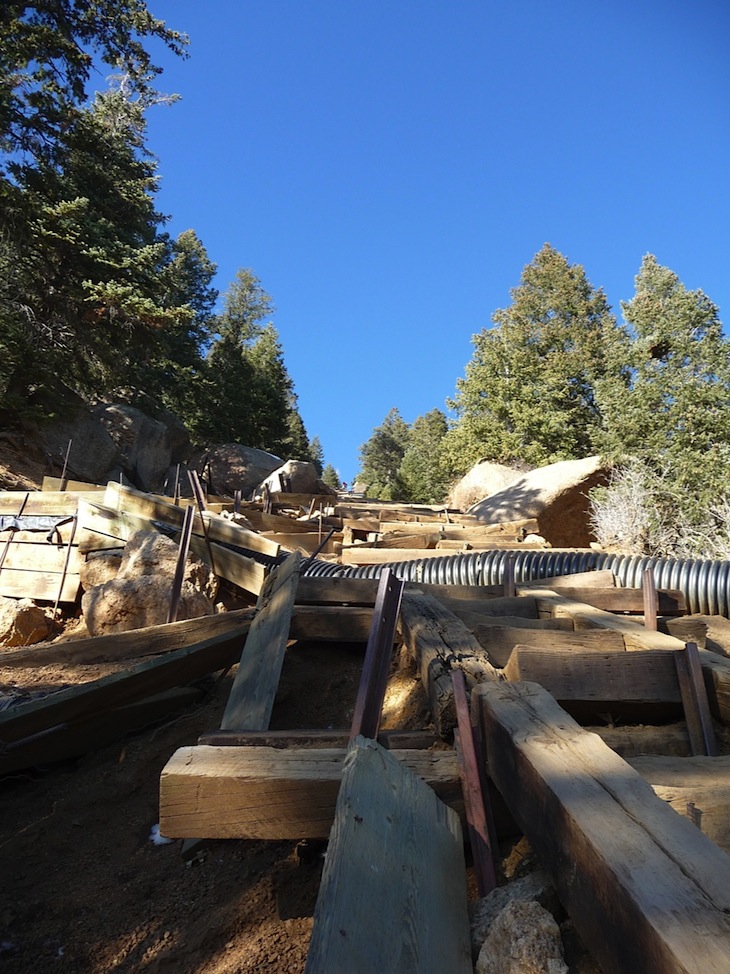 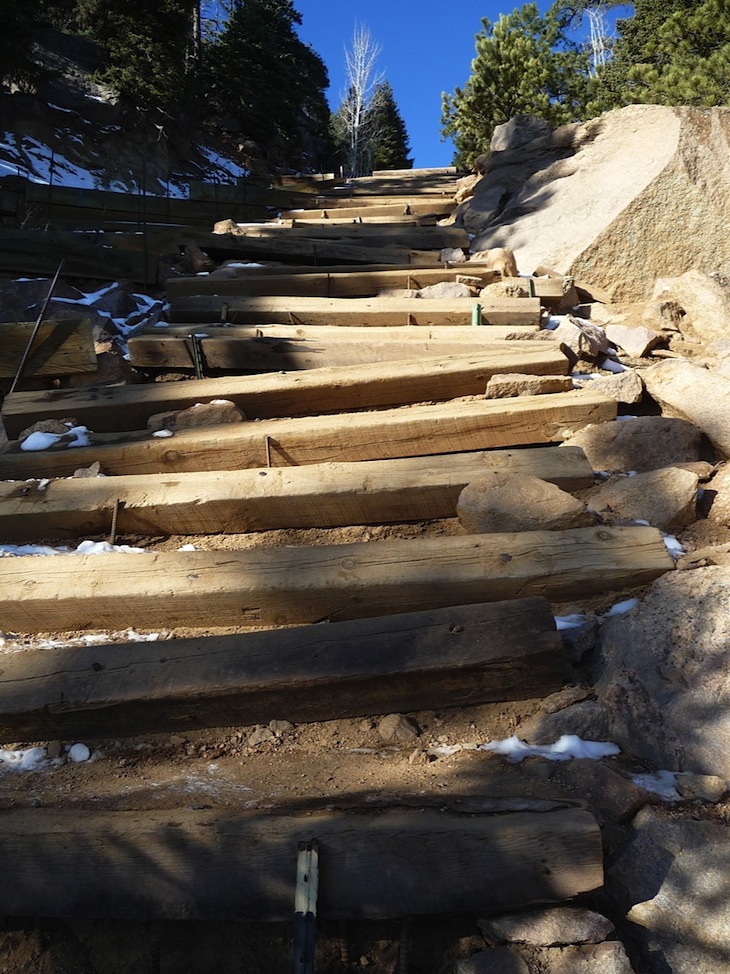 If you need to bail off, you can do so carefully about halfway up by following the red trail in the map above. That being said, if you take your time, most people in relatively good shape find this trail doable.

Take a rest at the top and look for the trail off to your left. That’s the way down. This is also where the green and the blue trails split. Go right for the longer (and less steep) way down. Left is initially very steep but eases off after a few minutes.

If you’re wondering, I was serious about doing the incline year round. The slope is east facing so quickly warms in the sun, meaning snow usually doesn’t last long. Here’s Christine climbing in December.

If you’re in decent shape, expect to get to the top in an hour or less, with minimal rests along the way.

Some photos and illustrations thanks to Josh Friesema.