Well, it’s the beginning of April, so not really late season, but since it’s so warm, it might as well be June. We were blessed with about 12″ of snow Tuesday and Wednesday of this week, so on Thursday I decided to scout out the west side, near the Crags. Most of my time was used up shoveling a tourist’s car out of the road. Good news: plenty of snow.

The wind moved in overnight, but the thankfully kept the snowpack cool. You can see the snow being blown from the top. 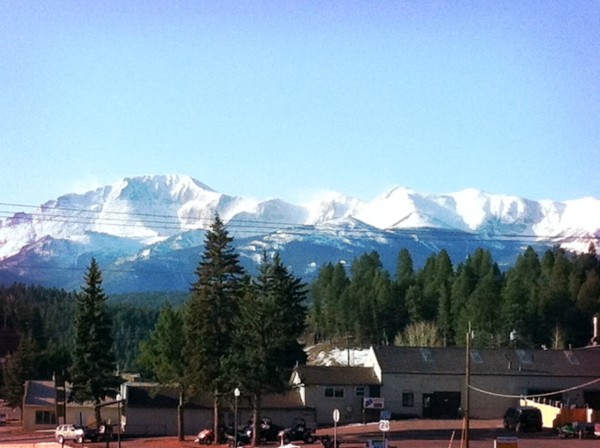 Eli and I took off at 8am and found much less snow near the Crags than I had the day before. Oh well, it was still good enough to get out on, and the wind wasn’t hitting us as hard as I thought it would be.

Avalanche conditions were reported as low on all aspects and elevations, but Pikes Peak is pretty far removed from the rest of the Front Range where the report comes from. We took avy gear just in case.

We started out attempting to follow the bottom red line in this map. (Click for larger image.) 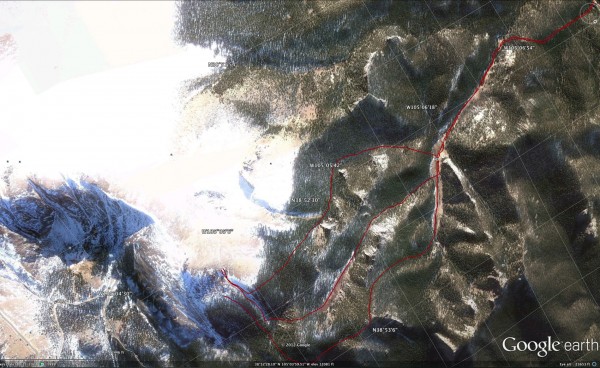 We got about 3/4 of the way in on skis (great conditions for skinning) and found we needed to traverse around a very steep ridge. A ways into it we found an avalanche chute with bad snow conditions. The snow was about one meter deep and we didn’t bother digging a pit. The good snow was on top (3-4″), then a layer of hard pack crust (pencil to knife), immediately on top of a deep layer of depth hoar. That’s when we turned back.

This is about our high point with a great view towards Woodland Park. 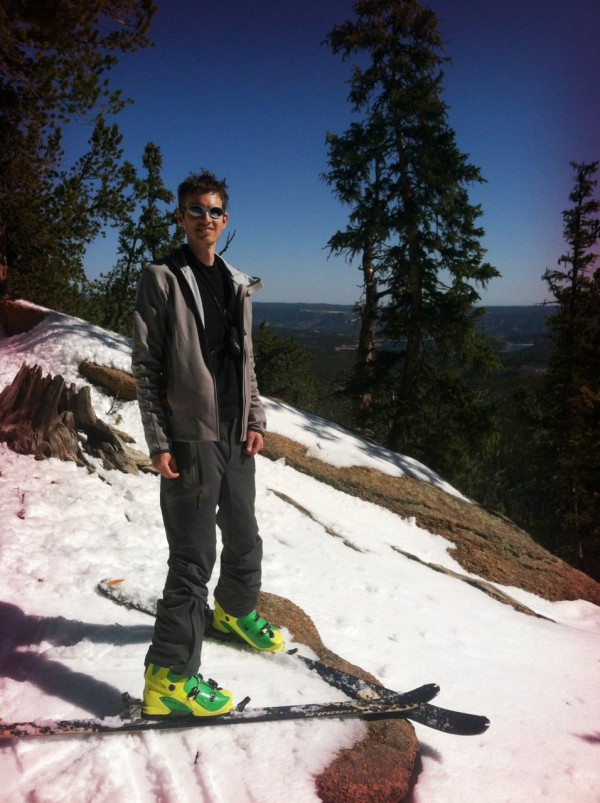 All that’s left is to take off the skins and head back. 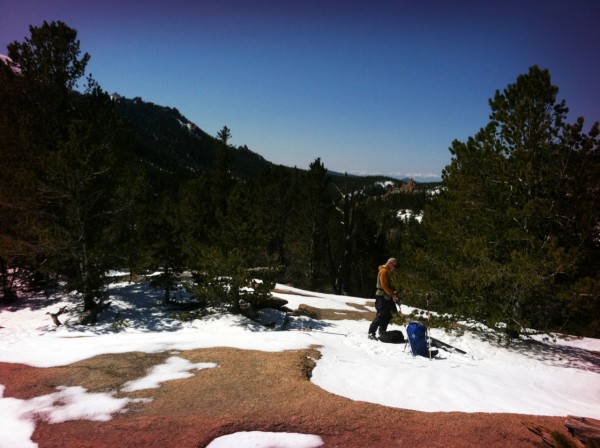 We were down about 3.5 hours after we left. The best snow was, ironically, close to the truck. Oh well, that’s what late season gets you. It was great scouting for next year’s ski trips.