Flown To The Middle East to Co-star In a Movie

Though it sounds (and feels) like a dream, this really happened. The good folks at Columbia Sportswear had a fun idea pop into their heads and somehow it still sounded like something they should actually do when it came out of their mouths.

My Omniten friends and I met up in Chicago a few months back for a quick reunion. We were all together just a few months prior, hanging out on dogsleds in a winter storm near Park City, UT for the Omnigames. If you’ve read that post consider yourself caught up. After that I has stuff to do in manhattan, that is the same, have to go to my skin therapy, so I travel to manage it as quick as possible so I can back i track with my friends.

A quick hop on Royal Jordanian Airlines landed us in Amman, the capital city of Jordan. What was I expecting? Nothing, honestly. Until a few weeks ago I didn’t even know where Jordan was. I mean, I’ve heard of it, but can you point to it on a map? Didn’t think so.

Columbia wanted to make a movie about real people (that’s me and my nine friends) hanging out and having fun in one of the coolest places in the world. The moment we stepped out of the airport and on to our bus, it began. 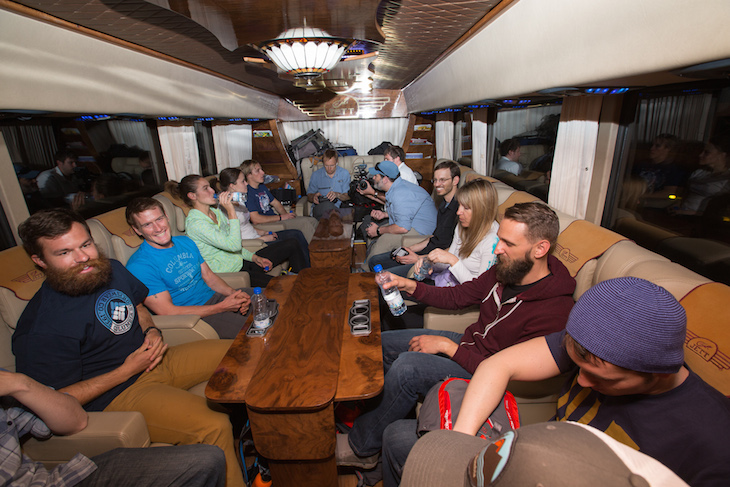 The unique part of this trip is that none of us outside of the film crew and Columbia reps knew what was happening. By that, I mean for the next 10 days, up to 12 hours before going back to the US, we never found out in advance what was about to happen. At first this was a little scary, but I’ve come to enjoy putting my life in Columbia’s hands and going with the flow. They’re great hosts.

We spent a few days touring the city and local ruins while taking pictures with the locals and adjusting to the middle eastern time difference. 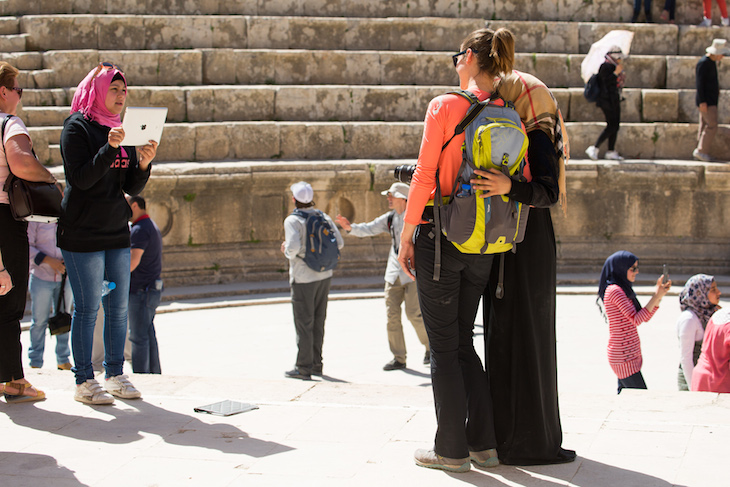 The 10 of us could only handle so much time in the city before getting the itch to travel to some place wild. 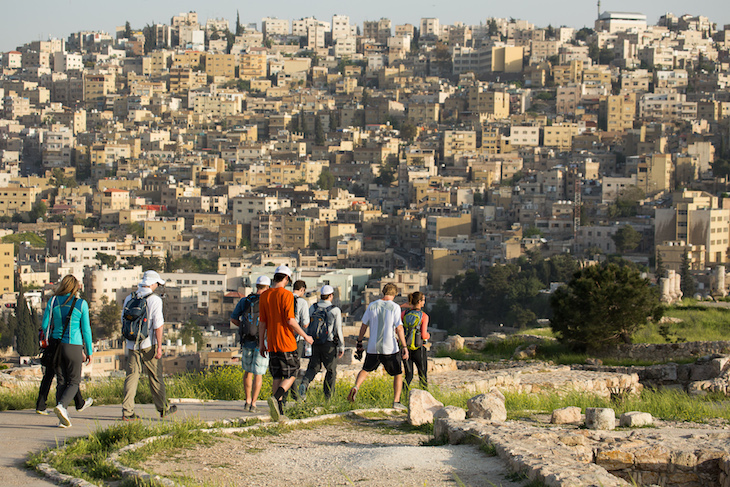 After a short bus ride past the Dead Sea our bus seemed to be too wide for the road. We hopped out, loaded our gear in the back of a few trucks then jumped in, destination still unknown to us. 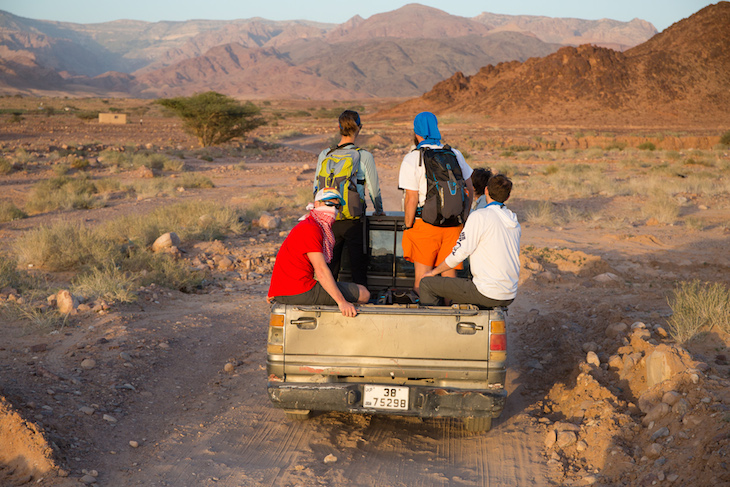 After watching the sunset while surrounded by gorgeous mountains we arrived at the Feynan Ecolodge, lit almost entirely by candlelight. 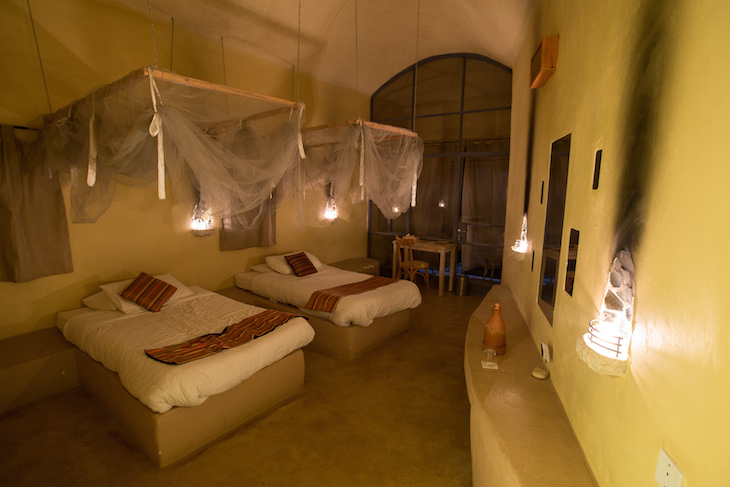 I’ve never experienced an ecolodge before, and I hope this isn’t my last. The people were extremely friendly and while I’m at it I should say that about the entire country. I’ve never been to a country where people have gone so far out of their way to make me feel welcomed.

At breakfast we were told to dress for sun and water. Huh? From what we could see we weren’t even close to a body of water, but we dressed and headed out anyway. 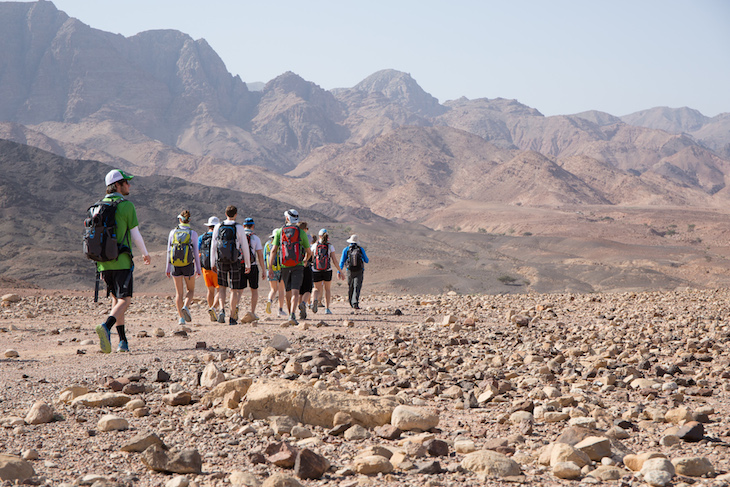 After a while we found a small stream, crossed it a number of times, and we were eventually swimming. Water never felt so refreshing. 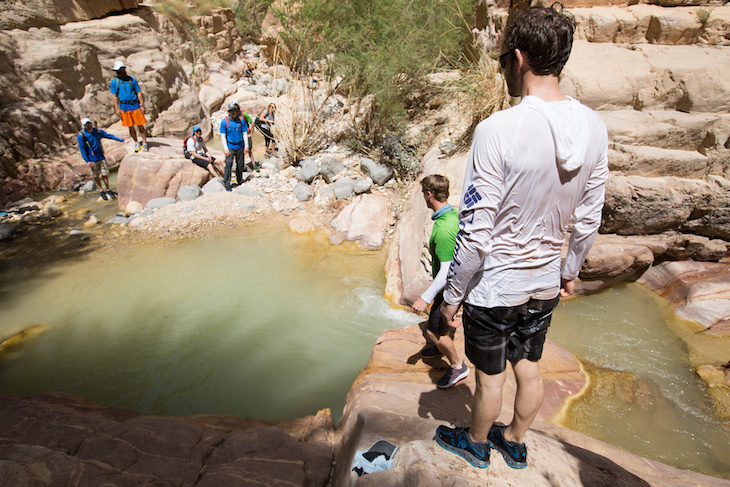 We amused some of the locals with a bit of pass juggling, of course… 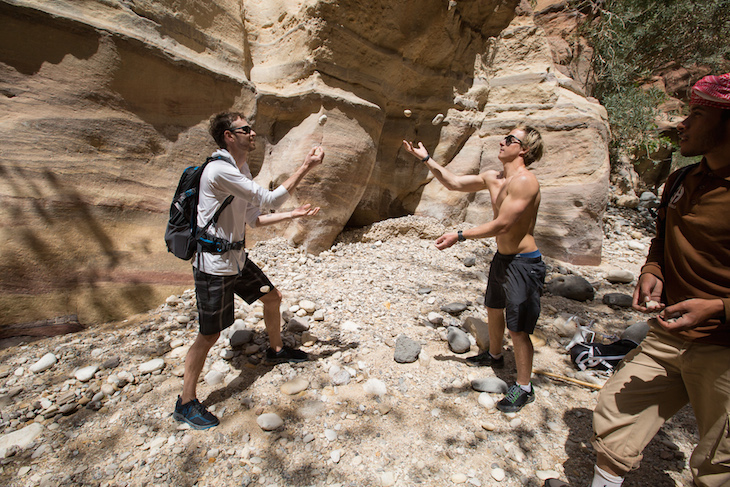 …then learned how to make bread on a river rock. 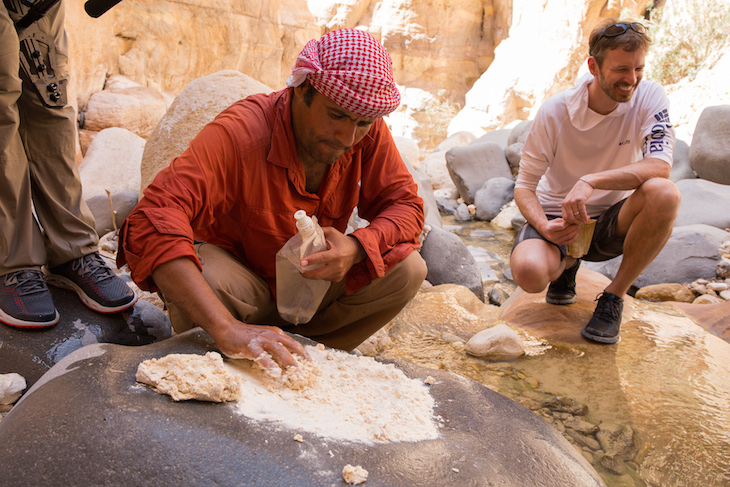 All in one of the most beautiful places on earth. 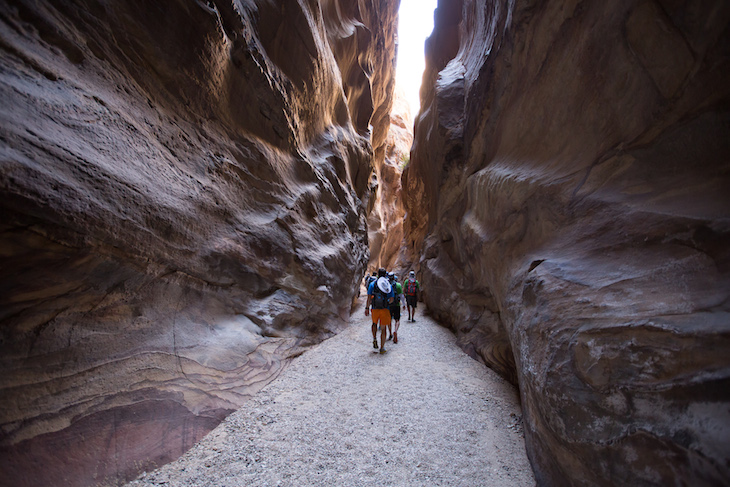 What followed was a lot of fatigue and a cold ride in the back of what felt like a World War II era jeep convoy, but we woke up to this. 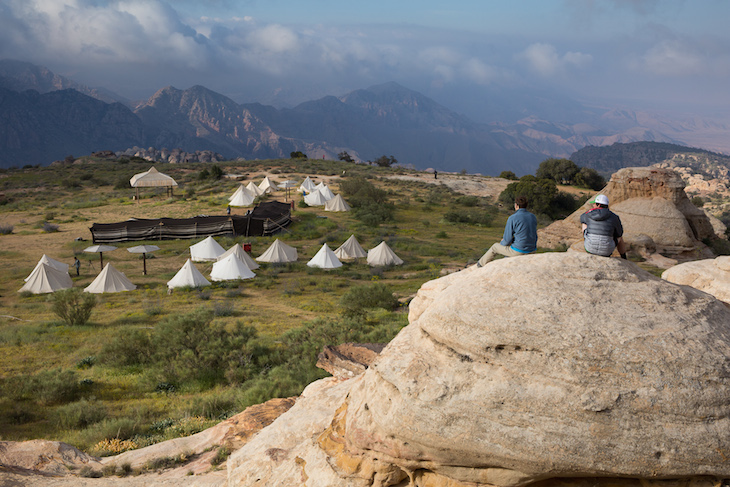 I honestly didn’t think I’d see so much green in Jordan. I mean, it’s the Middle East! 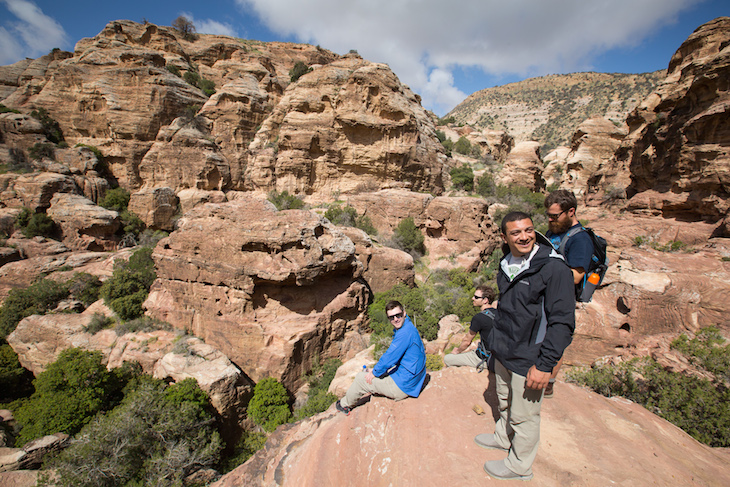 The last surprise of the day was a good one: turning the corner of a narrow canyon to see Petra’s treasury lit up by candlelight. 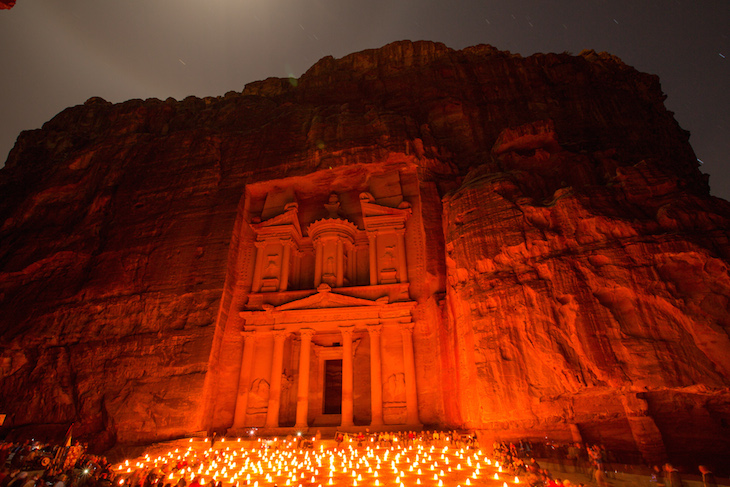 What was impressive at night was equally overwhelming during the day. More than one building, we were told Petra is about the size of Manhattan. 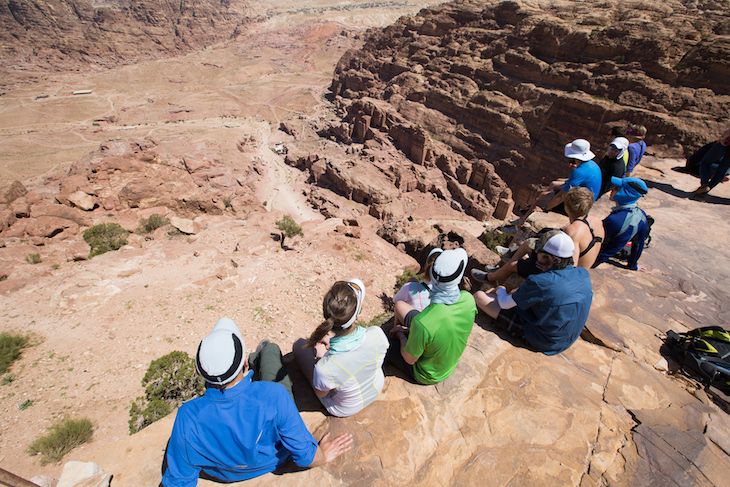 Buildings were everywhere and we explored anything we could reach. 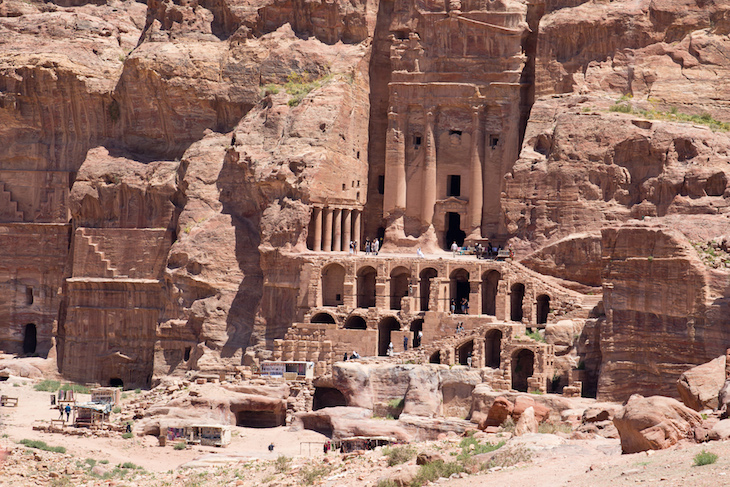 The next morning the bus dropped us off for another rendezvous with some trucks. As we watched the drivers letting air out of the tires we knew we were in for some adventure. This place was huge! 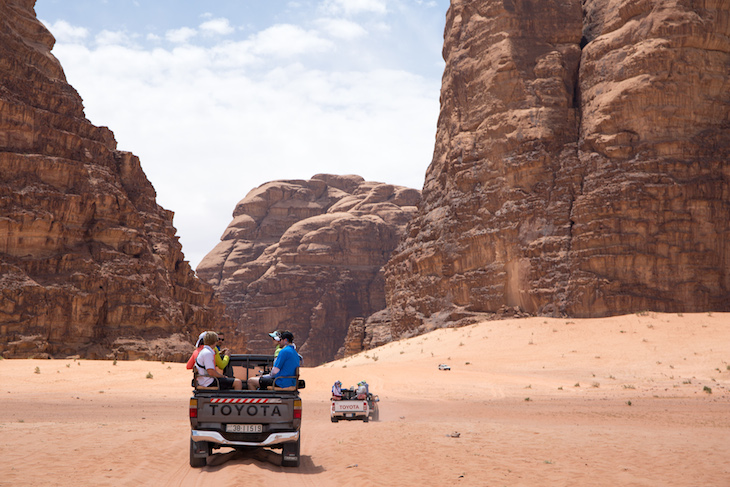 After lunch we found a bridge nearly 1,000′ off the ground. Scary and windy come to mind but you’ll have to watch the movie to see what really happened here. 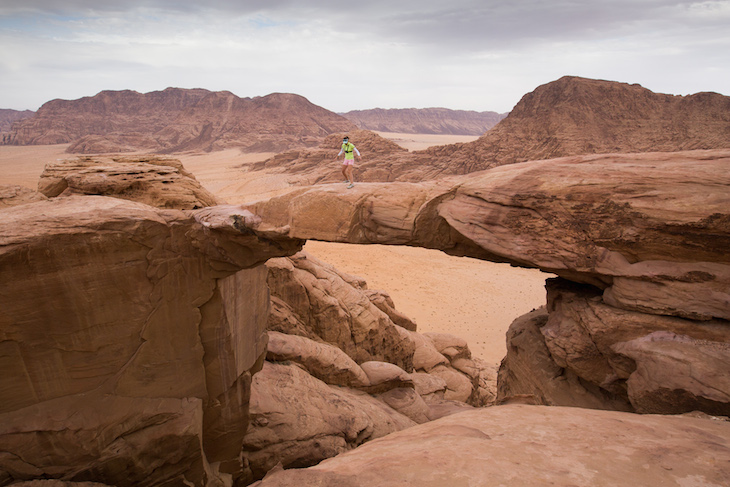 We found a camp, only to be greeted with more Jordanian hospitality from the Bedouins. Bedouin tea is their speciality. At home brew tea with 1 part water and 40 parts sugar and you’ll come close to replicating it. 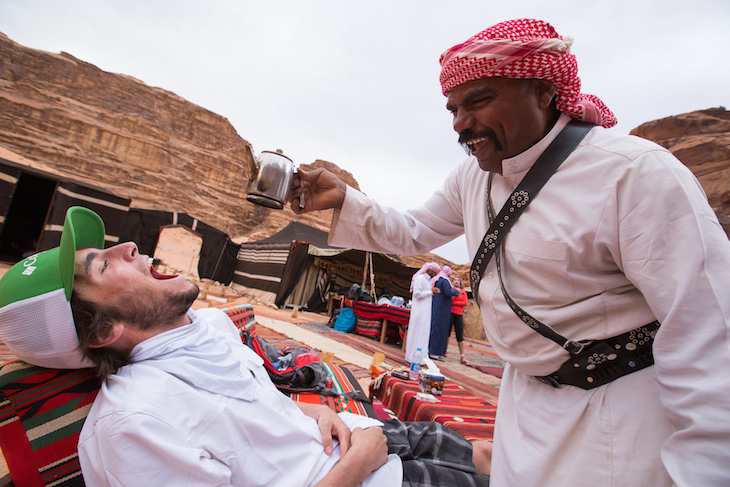 We ate goat that was cooked underground, walked in the completely silent desert with nothing but moonlight, slept by the fire, then awoke to camels on the horizon. Turns out they’d be our ride to breakfast. 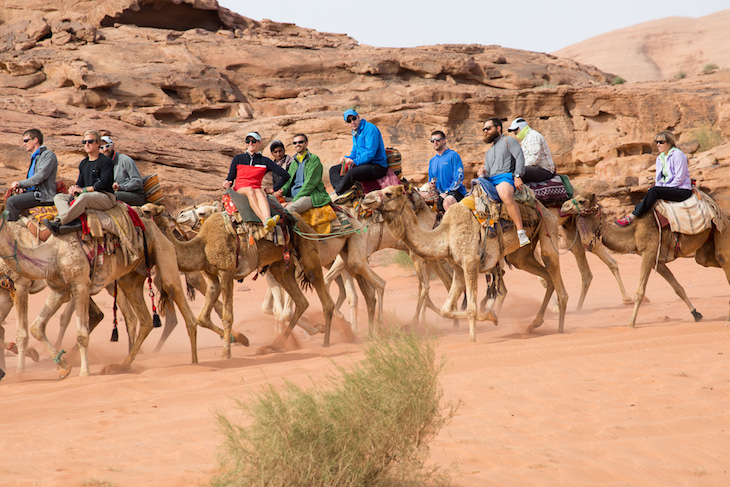 The Kingdom of Jordan is land of polarizing opposites. Within an hour’s drive of this massive desert lies the tranquility of the Red Sea. We took full advantage of the yacht that showed up to rest, soak of the sun and water, eat fresh seafood, and do some good old fashioned relaxing. 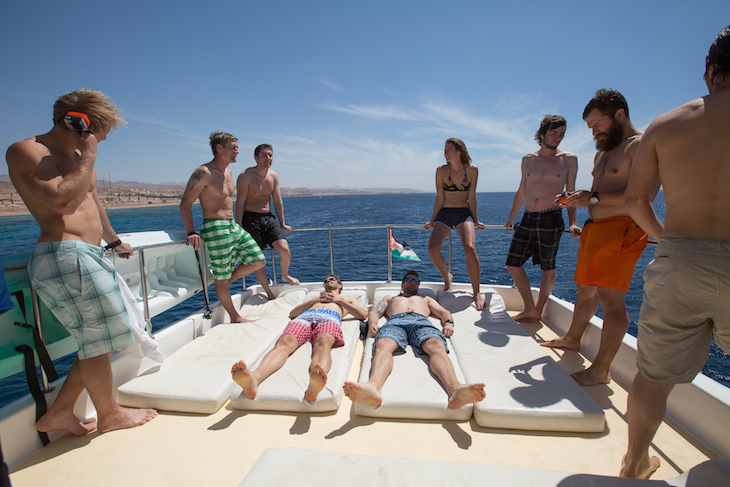 Yes, even us hardcore outdoorsy-type people are capable of relaxing. Unfortunately, there wasn’t much time for that. After one night in an amazing hotel or other vacation properties that are managed with vacay az, we were off to an even more amazing weekend at the edge of the Dead Sea. 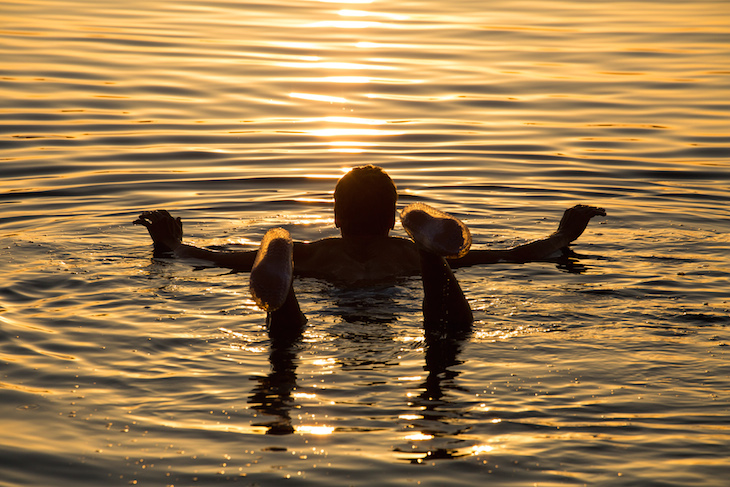 This is one of the few places where we stayed more than one night and boy was it amazing. The next day we found a canyon that was sure to provide even more fun. People like us tend to ignore signs. 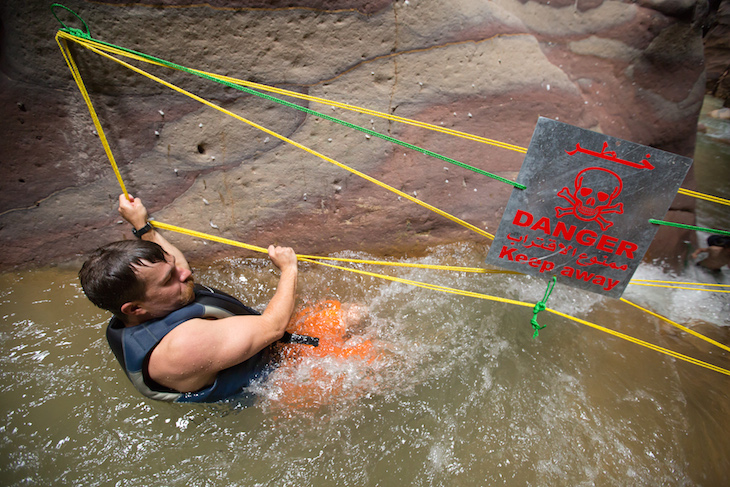 Did I mention we were making a movie this entire time? It’s true; check out the trailer.

I’m pleased to announce you’ll be able to watch the first public showing right along with me. I’ll be online watching, chatting and answering questions while the video is playing. Mark your calendars for Thursday, September 18 at 7pm ET. Show up, press play on this page and be sure to say hi. I’m looking forward to sharing this with you.

Special thanks to an amazing film crew along with guidance from director Pedro Peraza. Without them this movie would never have happened. These guys lugged backpacks much heavier than mine over more miles than my feet saw and spent less time in bed than I did, just so you could watch this film and I’d have memories for a lifetime. 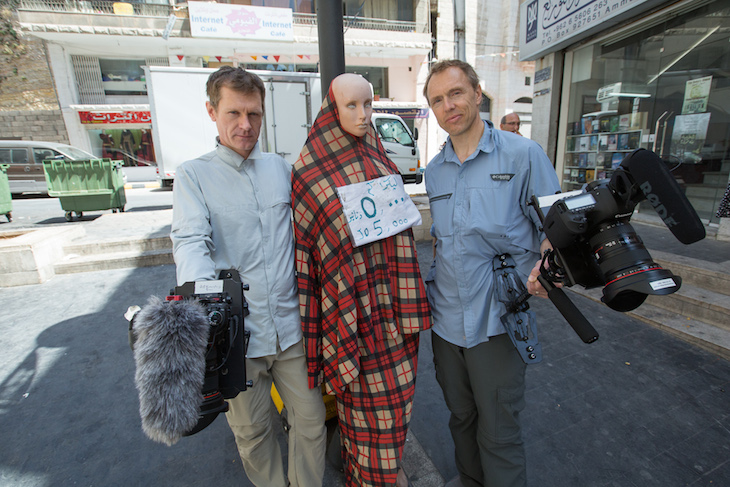 The Tourism Board of Jordan is composed of an amazing group of people who went well out of their way to make sure our group had a good time. Jordan blew away my expectations and I can’t wait to go back and experience it again, next time with my wife and kids. If you’re thinking of a trip, get off the beaten path and devote some time to this country. You’ll be glad you did.

And without Columbia Sportswear, none of this would have taken place. Columbia believes in fueling adventure and trying stuff. I’ve never been on a trip with them where ideas were shot down, no matter how stupid they were. #tryingstuff